Visually mythologized, in a way. They each have an animal on the cover, a white admiral butterfly over waves, a deer leaping from the misty woods, and a futuristic dragonfly flying into the northern lights. Besides being based on legends, it's a cycle of legends like a story cycle: water, earth, sky.

But the concept wasn't fully complete until the last cd was finished. What I mean by that is when I started working on the music for the first cd I couldn't see what the end result would be. I could only see where I was at the time. It grew in the process. As each song was completed, the concept grew. When I finished the first cd, the idea for the second one was already developing. I had some songs, and the "wild" legend. I knew I was working on a series. I felt the first cd alone was too short, even though it's about 45 minutes. People told me that, too.

They said they had to hit repeat on their cd players and play it over and over. But the lovely part is that you can play it repeatedly and you don't get sick of it. It doesn't demand your attention. I wanted more of this music, too. Anyway, by the beginning of the third cd the music was more developed, because, face it, it had been about 5 years since I started this.


It was more spatial, for one thing, which was the next logical element in the cycle. Ocean, land, stars.

To create a series that you could put in your disc changer, hit random and repeat, and let it play while you do something else. Maybe paint, or write that novel you've been planning, or just have it on in the background while you work, or read. People tell me they play it all the time in their office, or store. It's not annoying. The phrase I invented was "Achieve Innocuousity.

It's not in the dictionary. Call it poetic license. The basis for most of the songs was a Kurzweil Pro 76 and midi system. I originally used Cakewalk software, and then Pro Tools with a Mac. That was sometimes for a bed track to play alto flute or shakuhachi over. 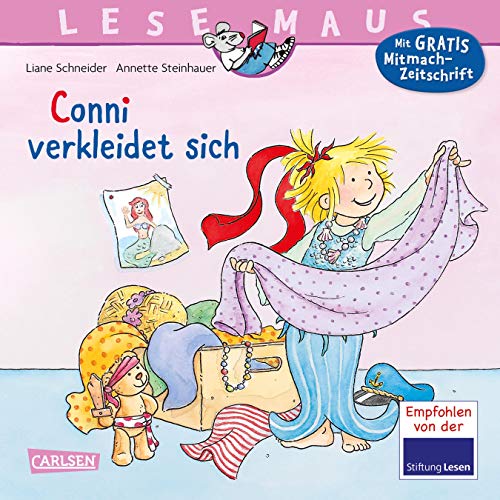 I learned to play the Japanese shakuhachi after becoming obsessed with a recording by Kohachiro Miyata, a shakuhachi master. It's an ancient Zen meditation flute from the time of the samurai speaking of ancient legends It's made from the root end of bamboo, either black or yellow usually, and is an end-blown flute, with 5 finger holes. It's literally one of the most expressive instruments ever conceived.

I'm still exploring and learning the range of it after 8 years. I'm in love with it. It forces me to breathe in a certain way - which is very centering. I played shakuhachis made by Perry Yung, a master player and maker from New York. I have a bass shakuhachi he made which is about the size of a small tree!

It takes awhile to warm that one up. I also played a very sweet little yellow bamboo flute he made that has a very 'reedy' sound. My primary instrument is alto flute. But I find myself using a lot of the techniques I've learned from shakuhachi when I play it. It's easier for me because I've played it for so long - since I was about 12, actually. I improvise solos over the keyboard tracks, or often have composed melodies and harmonies to go with the keyboard melodies.

Sometimes the keyboard is just ambience and the flute tells the story.

On a couple of songs I used a black jade Chinese dizi. A stone flute is really a trip, when you're used to the response of wood! He made wooden piccolos for Haynes Flute for many years, and now makes incredible Native American and drone flutes. I played one on two tracks of the last cd. It's a 'double barrel' flute - one side plays the melody, and the other can drone a note or octave while the melody plays over it. It's got the feel of a bagpipe or organ when you hear it, but the distinctive sound of a Native American flute.

I had never seen one before I met Al.

It's not a Native American traditional flute by any means. Most people wouldn't realize some of these songs were recorded live, or even outdoors!

I felt awful and wondered if it was too late to change my mind. What a roller coaster of emotions. What on earth was I doing?? What had possessed me to do this??

Get PDF Magical Tales by Conni

Several times I just wanted to get off the train and go home……it was a horrible night and more was to come. We got to Liverpool the next morning and collected my luggage I had a wardrobe trunk and a red suitcase and got a taxi to the docks. The sight of that ship so huge, towering over us was daunting to say the least. I was beginning to wonder how I could bear to say goodbye to my Mum. What a mixture of fear and excitement!

It is indescribable! Mum was so supportive and reminded me that I could always come home again, that this was an opportunity for me and just make sure I made the most of it! We boarded that great ship together up the gangplank and were directed to the cabin I would share with 3 other women.

I had not expected to see it until we landed. So I had everything I needed right there. We then toured the ship what we could of it and she was so excited for me. She looked so small and vulnerable and I cried and worried about how she would get home by herself.

Then the ship pulled away with horns blaring, shouts etc and I made my way down to the cabin and cried my eyes out. Marie and I cant remember the other lady. These ladies were the first of many angels I have met in my life and helped me get over that first afternoon. The ship had sailed at noon. Later, I found my way to the dining room, where we were allocated our table. All incredible but I was tired and a little sad so made my way back to the cabin to go to bed.

I pulled down the cover of the upper bunk I was in and ….

That set me off crying again and it was a really rough night. We sailed on a Wednesday and it would be the following Monday or Tuesday before we would dock in Montreal. The clocks were put forward one hour every evening so we would be in the right time zone. It was a very good voyage and not being prone to seasickness, I enjoyed the food very much. Sometimes I was the only one at the table because the others could not face food!!

Quite unusual since as we were watching the rolling waves in the movie, we were also rolling in the waves! It was really good, I made lots of friends and there was quite a gang of us who would meet up each day for whatever was going on! The days passed relatively quickly and on the Monday we saw land. This brought me to earth with a jolt since we would be docking in Montreal the next day and my new life would begin!

It is exciting when a big ship is coming into port. Tenders with immigration officials came out first and checked everyones passports etc. We all hung over the decks watching the tiny tenders come by and the men climb rope ladders on to the ship, then we had to line up to meet with them. On the ship. After the formalities, the ship sailed into port and docked about 6 in the evening. He laughed, put a big white chalkmark on my stuff and that was that.